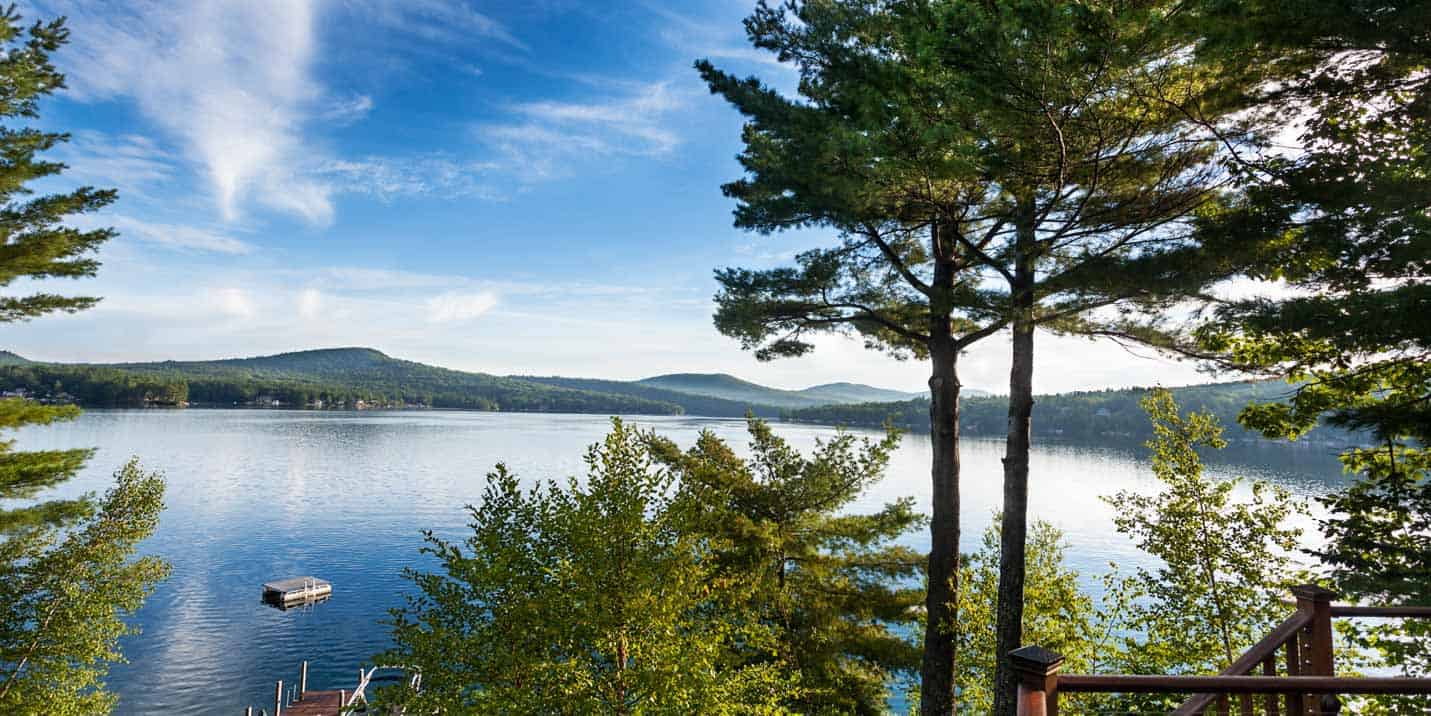 Save Your SearchRefine Search

Bath, NH is an idyllic small town in the Granite State, known for being a great place to retire, raise a family, and escape the hustle and bustle of bigger cities. Bath is a friendly, safe community that appeals to many so for that reason, homes for sale in Bath can be hard to find. Whether you’re thinking of buying a home in Bath, NH, or considering selling your Bath, NH property, contact our Bath NH real estate specialists at O’Halloran Group.

If you’re still learning about the North Country Region and are interested in exploring which town is the best fit for you, explore our North Country visitor’s guide for more information on the area.

A once in a lifetime opportunity to purchase a national historical landmark. Said to be the oldest operating general store in the United States of America. This incredible business opportunity includes three different revenue generating parcels including "The Bath Brick Store" which includes a fully operational deli with several new appliances, antiques dating back to the early 1800's, multiple new capital improvements including updated electrical and light fixtures, a new furnace and improved ductwork, commercial walk in refrigerator and freezer, alarm system with cameras throughout the property, backup generator, many new display cases, carts, tables, custom built shelving, cash registers, a custom built smoke house, penny machine, and an owned ATM among many additional upgrades, upstairs and down. The second and third floor was formally used as living space and could easily be converted back if desired. Currently it is used for additional storage and office space. Featuring an open floor plan with 2 offices, 2 bathrooms, and 2 bedrooms. The second building included is "The Creamery" which is a beautiful newly renovated ice cream shop with multiple upgrades including a new heat system, windows, doors, ice cream machines, refrigerator, freezer, coffee and smoothie machine, quartz counter and table tops, and so much more! The third property included is "The Art Gallery" featuring vaulted ceiling with exposed beams, currently rented, with multiple other business possibilities.

Listed by Jennifer Impey of The Atlantic Real Estate Network 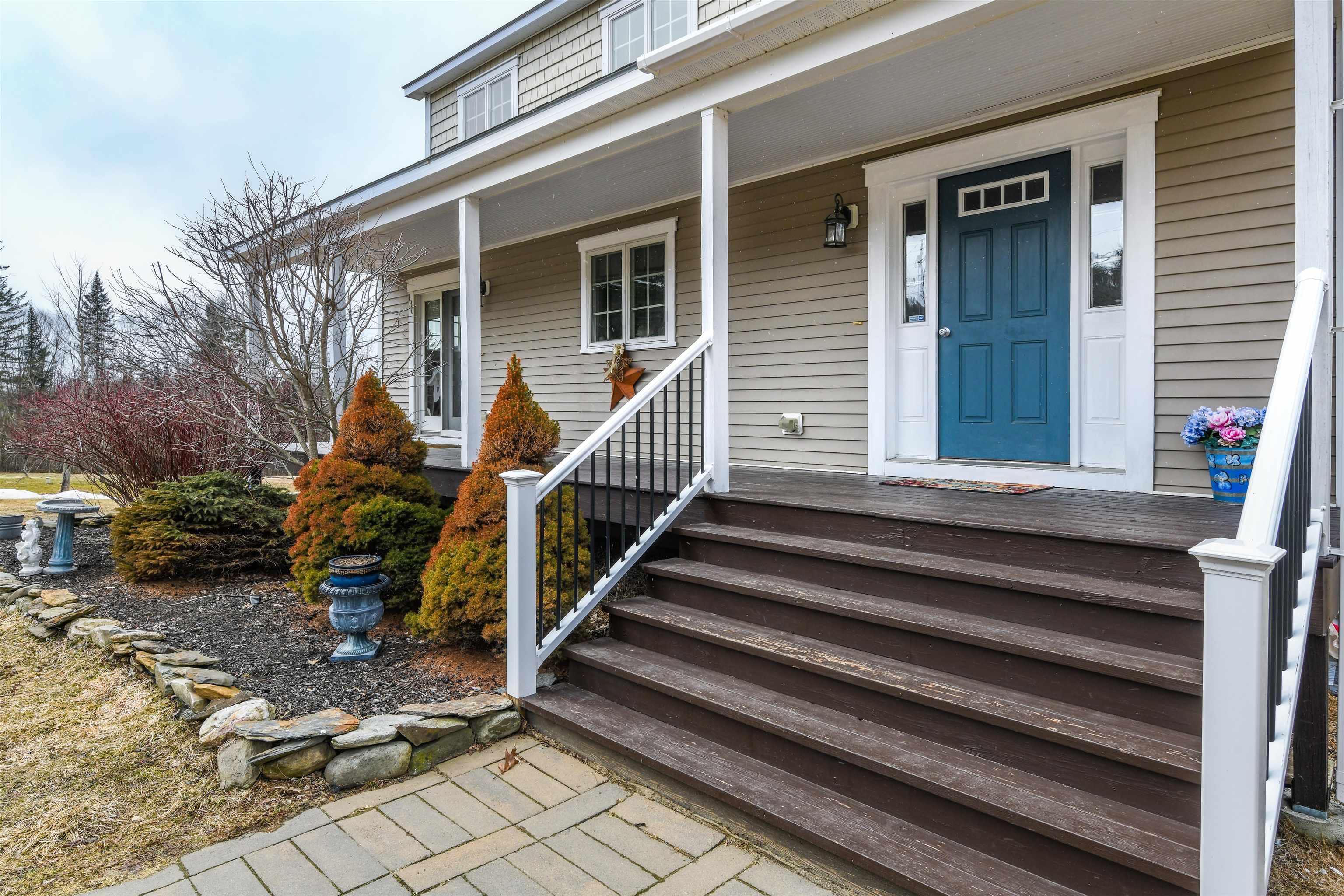 Choose your favorite place to enjoy being surrounded by nature. Will it be sipping your morning coffee watching the deer roam the fields off the back deck? Maybe it will be enjoying walks through the field and relaxing by your own pond? How about entertaining family and guests while cooking a feast in your open concept kitchen/dining surrounded by all the natural light? Can you see yourself relaxing on chilly evenings in front of your gas fireplace taking out the chill? Whatever you are looking to do there is no doubt you can accomplish it here! The detached 2-car garage is heated and has a spacious studio above, plus there are two smaller garages attached to this as well as an area of fenced dog kennels that could easily be transformed for use as a chicken coop. There is also plenty of options for gardening and even an old concrete pad for parking your camper or trailer away from the house and driveway.

Listed by Vickie Wyman of The Atlantic Real Estate Network

New to the market here in Bath is a beautiful 95 acre lot full of rolling hills and valleys. There are dozens of beautiful knolls on this property that would make a beautiful house lot or a place to live off the grid in your custom log cabin. There is plenty of game for the hunters out there and great fishing nearby as well. Enough trails on the property to get lost walking or riding your atv. How about a place for the whole family, look no further! Bath NH is a gorgeous town located in western Grafton County minutes to I91, and I93 with all the recreation, peace, and tranquility one could ask for! Investors take notice, lots of possibilities! Deed says 60 Ac more or less, town map and tax card show 2 acres not in Current Use and 93.72 in Current Use for the total of 95.72. Development opportunity will need town approval.

Set in a quiet and peaceful setting, this modified manufactured home awaits you. The home was split into two units, each with their own private entrances. The primary is the larger of the two and includes the large primary bedroom with en-suite full bathroom, complete with soaking tub with skylights above to soak and bask in the sun's rays and also has a separate shower stall. The primary unit also boasts two living areas: one with a bay window to let the natural light flood in that could be a wonderful living room, den, or office. The other, a family room, with wood-burning fireplace and sliding doors to the backyard. Adjacent to the primary kitchen is the laundry and pantry room with an enclosed porch off the back of it for your trips to and from the backyard. The second unit of the home is a lovely in-law suite, complete with two bedrooms, 3/4 bath with walk-in shower, living/dining room and quaint kitchen. Outside on this 5-acre property you'll find a nicely secluded lot that includes both woods and open areas, a large Quonset hut and pole barn that provide more than enough room for your storage needs, hobbies or projects. Whether you use the home as-is and put the separate in-law suite to use to generate some rental income, or re-work the current floorplan and turn it back into a full single-family home, you are sure to enjoy this wonderfully secluded spot. 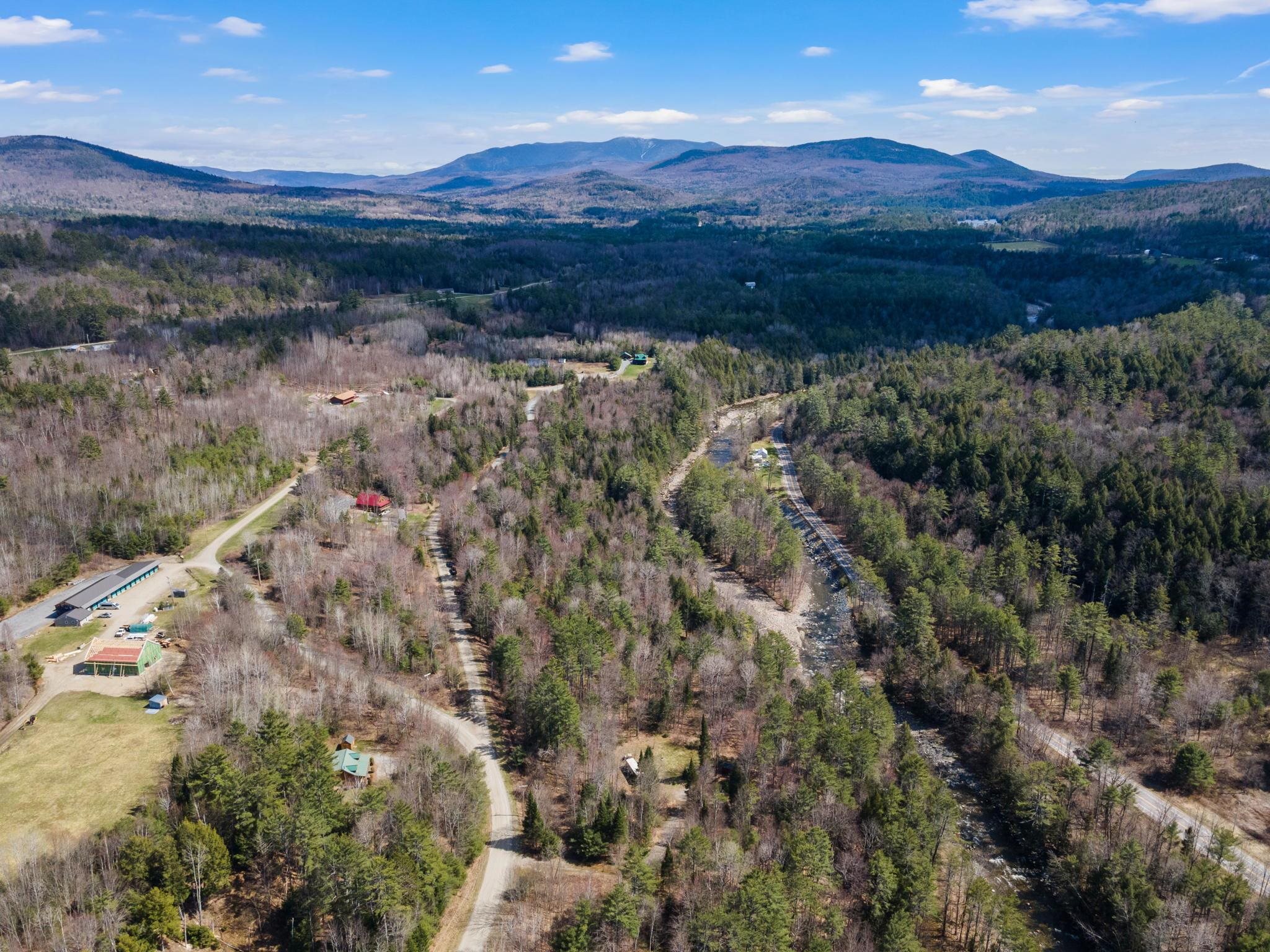 Welcome to your getaway on the Wild Ammonoosuc River, known for it's gold prospecting and peaceful tranquility. Close to necessary amenities and the town of Woodsville and only 30-40 minutes from major ski areas, trails and major landmarks. This is the perfect camping getaway with so many possibilities! This property has a driveway and a spring that runs to the river. You don't want to miss this peaceful lot of land with over 500 feet of river frontage on the Wild Ammonoosuc River in the White Mountains and so close to the White Mountain National Forest. Many mature trees equipped with about 200 Maple taps throughout the lot for pure maple syrup. Call for an appointment today. 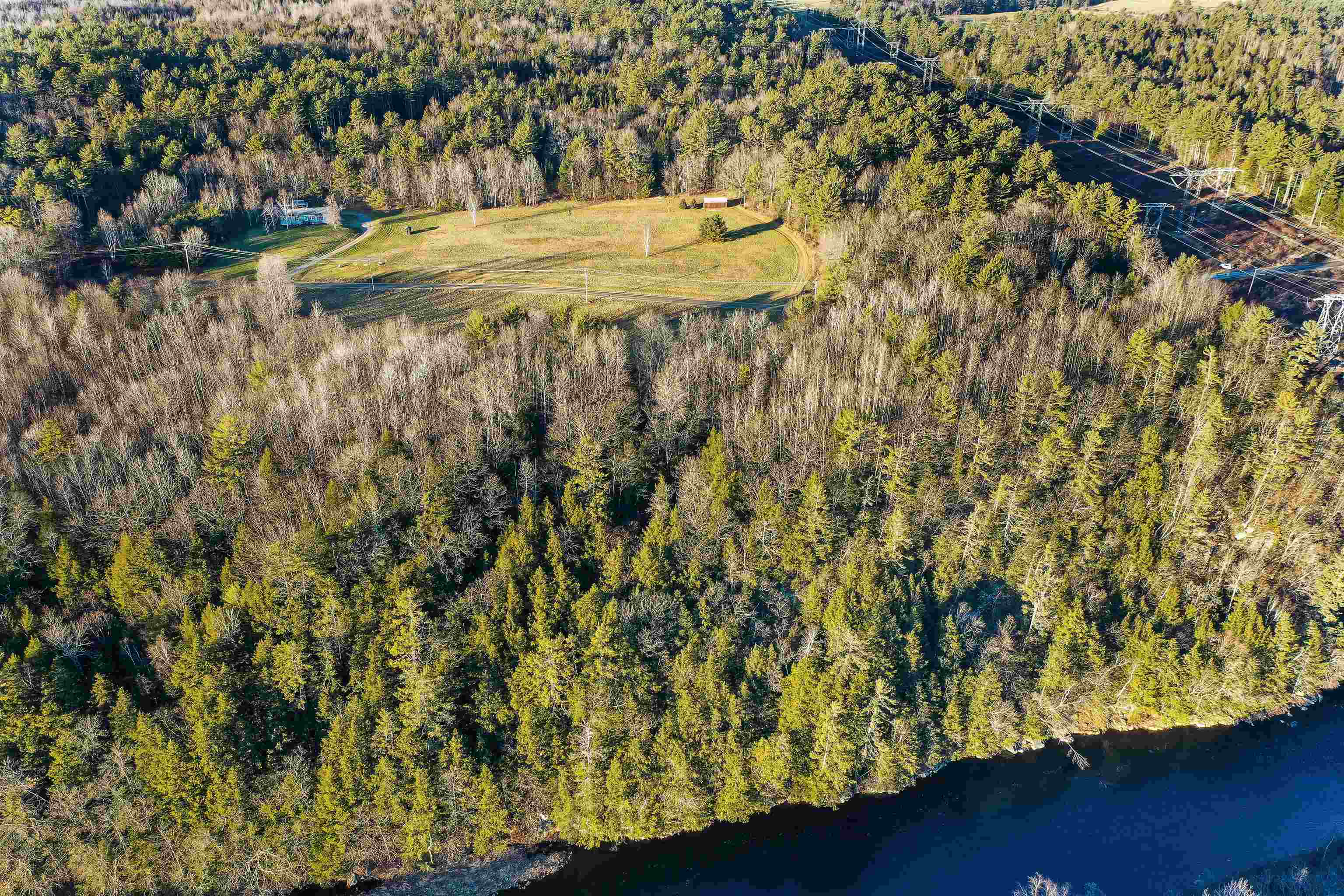 Two lovely lots making up a total of 10.22 acres could be the spot you've been searching for. Located in the heart of beautiful Bath this property not only has has river frontage, but an open field area as well! Within minutes to Bath village, 45 minutes to the Lincoln area, 30 minutes to Littleton and a short 15 minutes to Woodsville. The perfect parcel to build your primary home or weekend getaway. 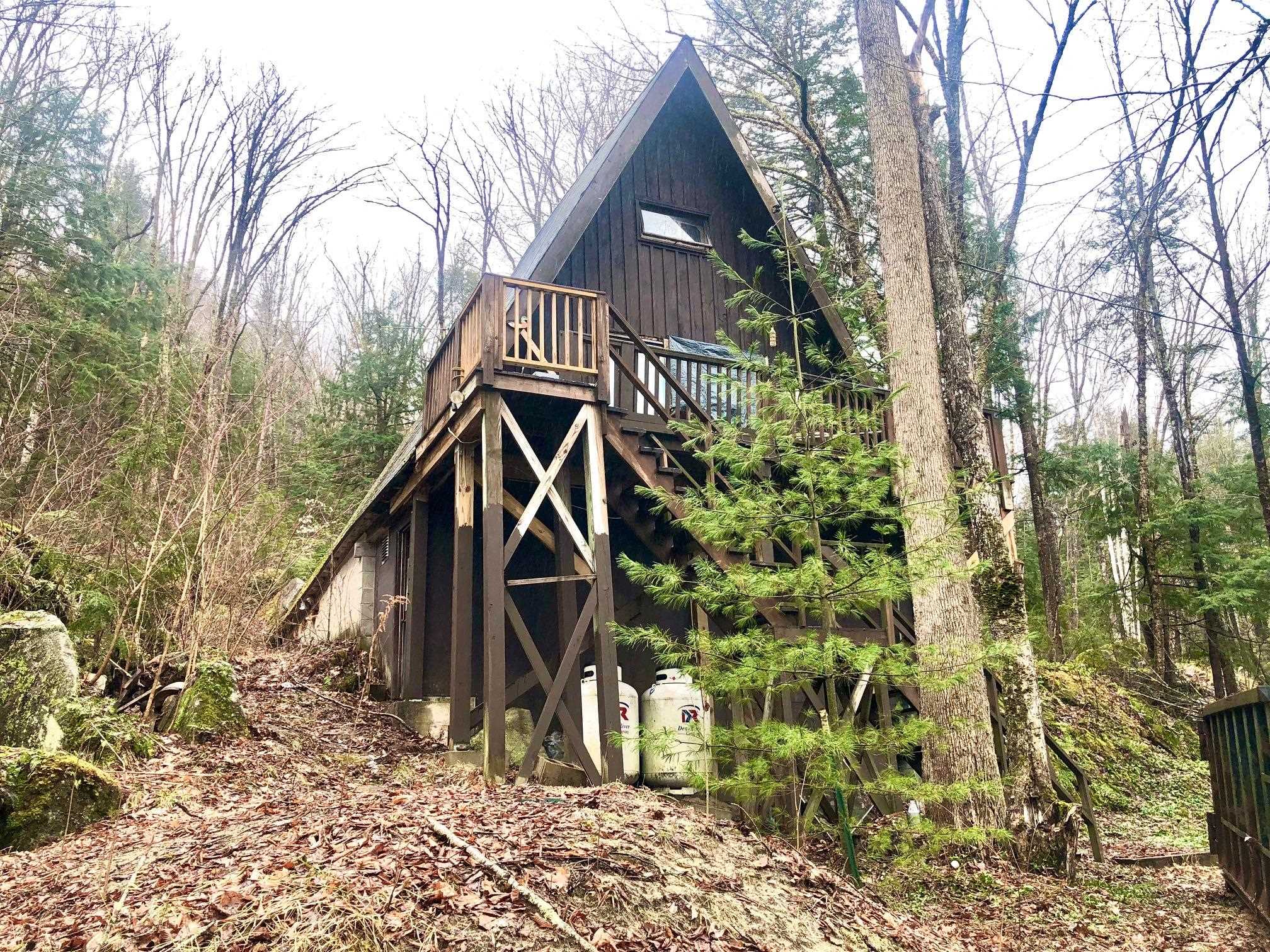 A-Frame overlooking and bordering across street the Wild Ammonoosuc River, very comfortable with 3/4 bath, wood and electric heat, loft, drilled well and septic holding tank on 1/2 acre of land with driveway for parking and located on paved year round Wild Ammonoosuc Road. Enjoy fishing, gold panning and cooling off in this lovely mountain river. Being sold with significant repairs required. Built in 1970 this cute A-Frame will offer a new buyer many more years of enjoyment. Repair List Roof damaged in one area, Holding Tank may have a dry well, New sliders in front, Leveling, Fixing some cement blocks crawl space, remodeling, painting

Listed by Stanley Davis of Davis Realty of NH and VT,Inc. 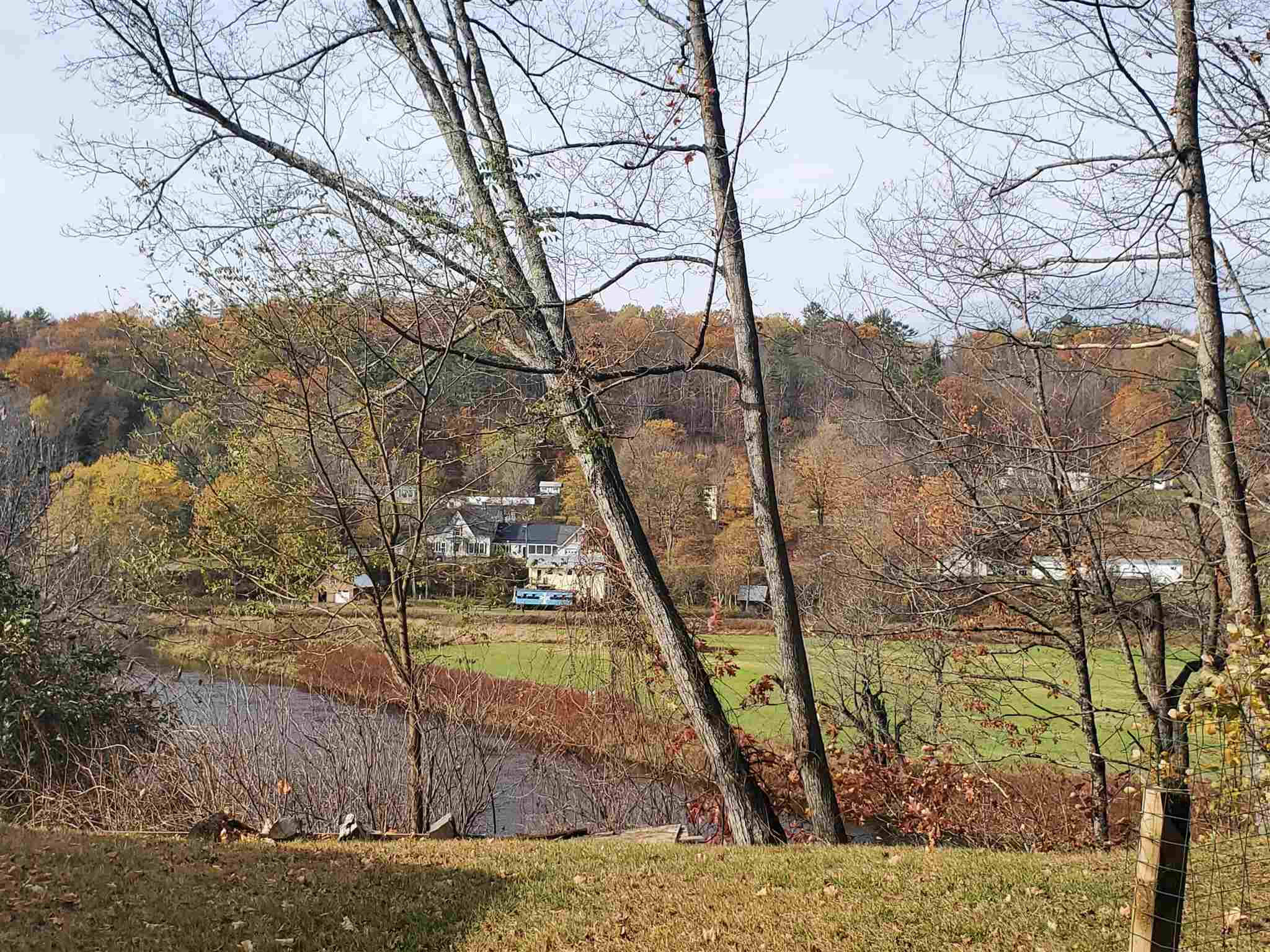 Welcome to the lovely town of Bath NH. Here you will find a 3 bedroom duplex waiting for you to call home. The house has an open concept Living/Kitchen/Dining area. As you walk down the hall you will find 2 bedrooms. One has an exterior door- perfect if you are after a home office with a private entrance. Next you will find a 3/4 bath, followed by a Large Laundry Area, that leads to the Master Bedroom. The Master is full of natural light from the Sliding Glass door. Step out the door to find you over looking the River. Outside there is shared space that includes a fire pit, garden area, and storage shed. Just down the street, you have The Brick Store, the oldest General store in America. There you will find everything you need, from sandwiches, fudge, smoked meats, and all of your general supplies. Behind the Brick Store is access to ATV trails that take you all the way into Littleton. Oh bonus! this property does have high speed internet! Perfect for your remote working needs. Grab your family & friends and come see what life is like in the Mountains. Min credit score of 700 applies. Application and background check required. Showings Start Monday April 11th, 2022

Copyright 2022 New England Real Estate Network, Inc. All rights reserved. This information is deemed reliable, but not guaranteed. The data relating to real estate for sale on this web site comes in part from the IDX Program of NEREN. The information being provided is for consumers' personal, non-commercial use and may not be used for any purpose other than to identify prospective properties consumers may be interested in purchasing. Data last updated May 16, 2022.